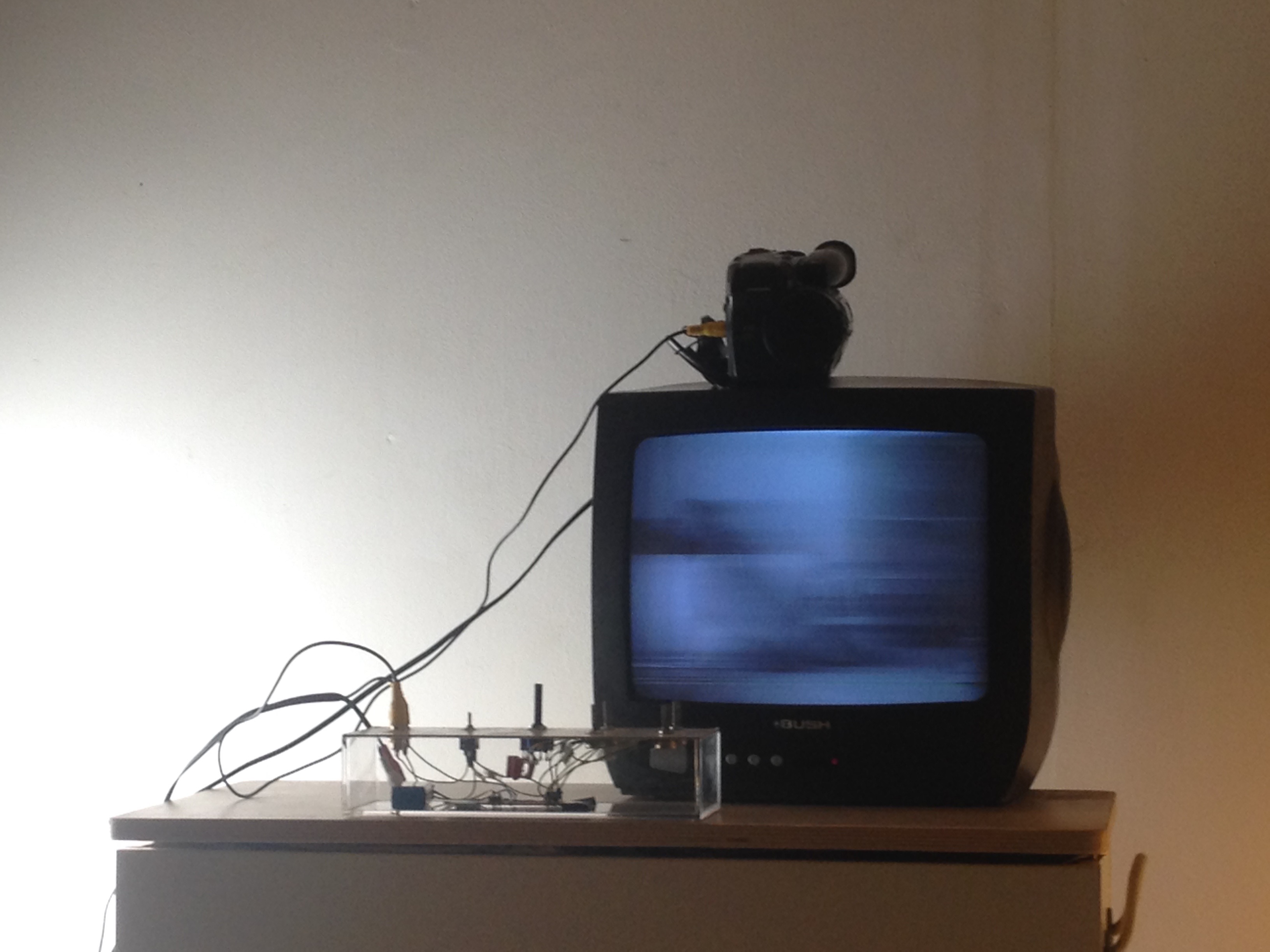 With the aim to create hardware that affects the signal of a live video feed the outcome is a real time video synthesiser which is entirely analogue. 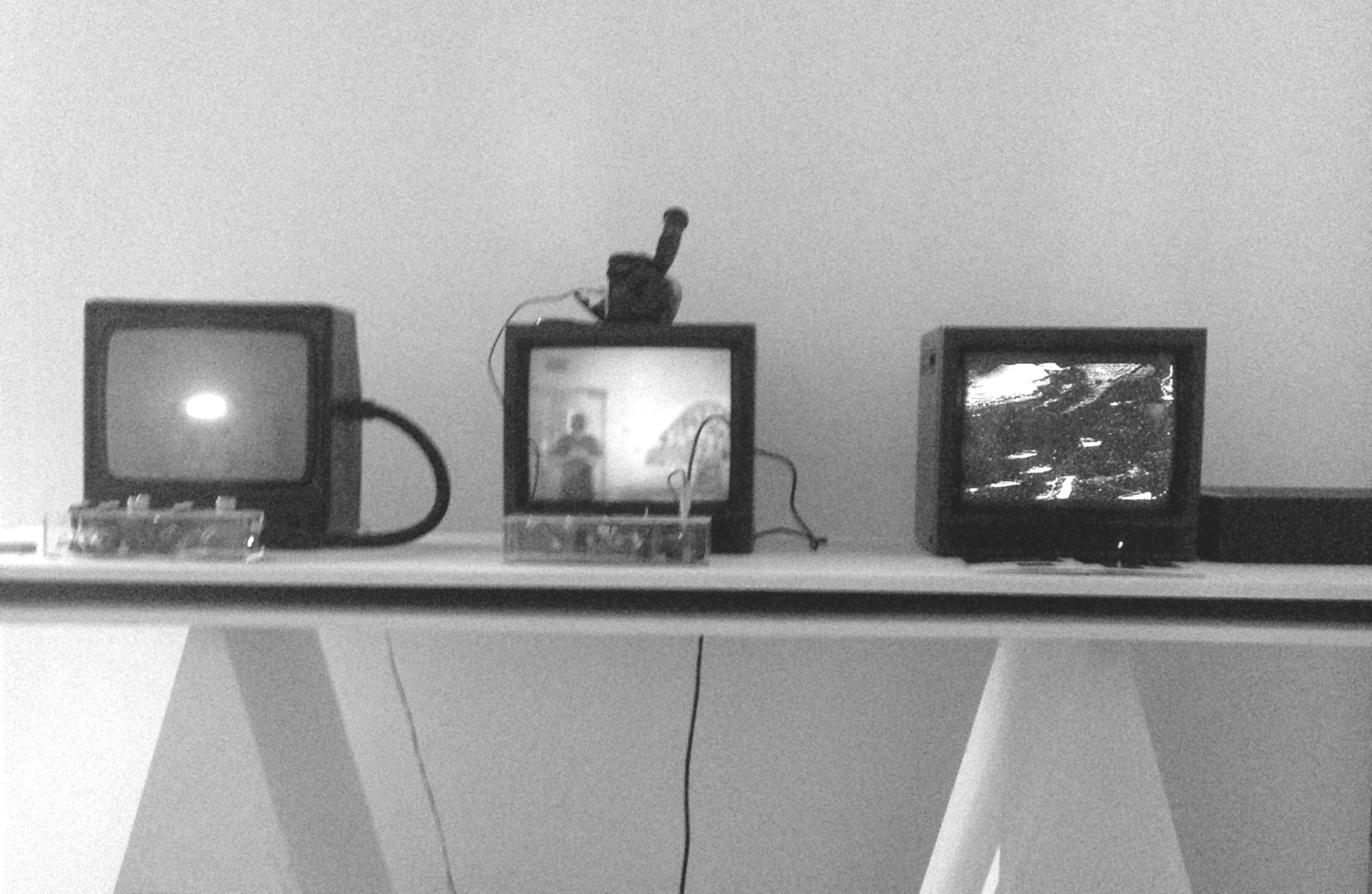 A CRT television which acts as a monitor for a live video feed, interactive via a custom control panel which gives realtime glitches, both abstract and close to a clear camera signal, 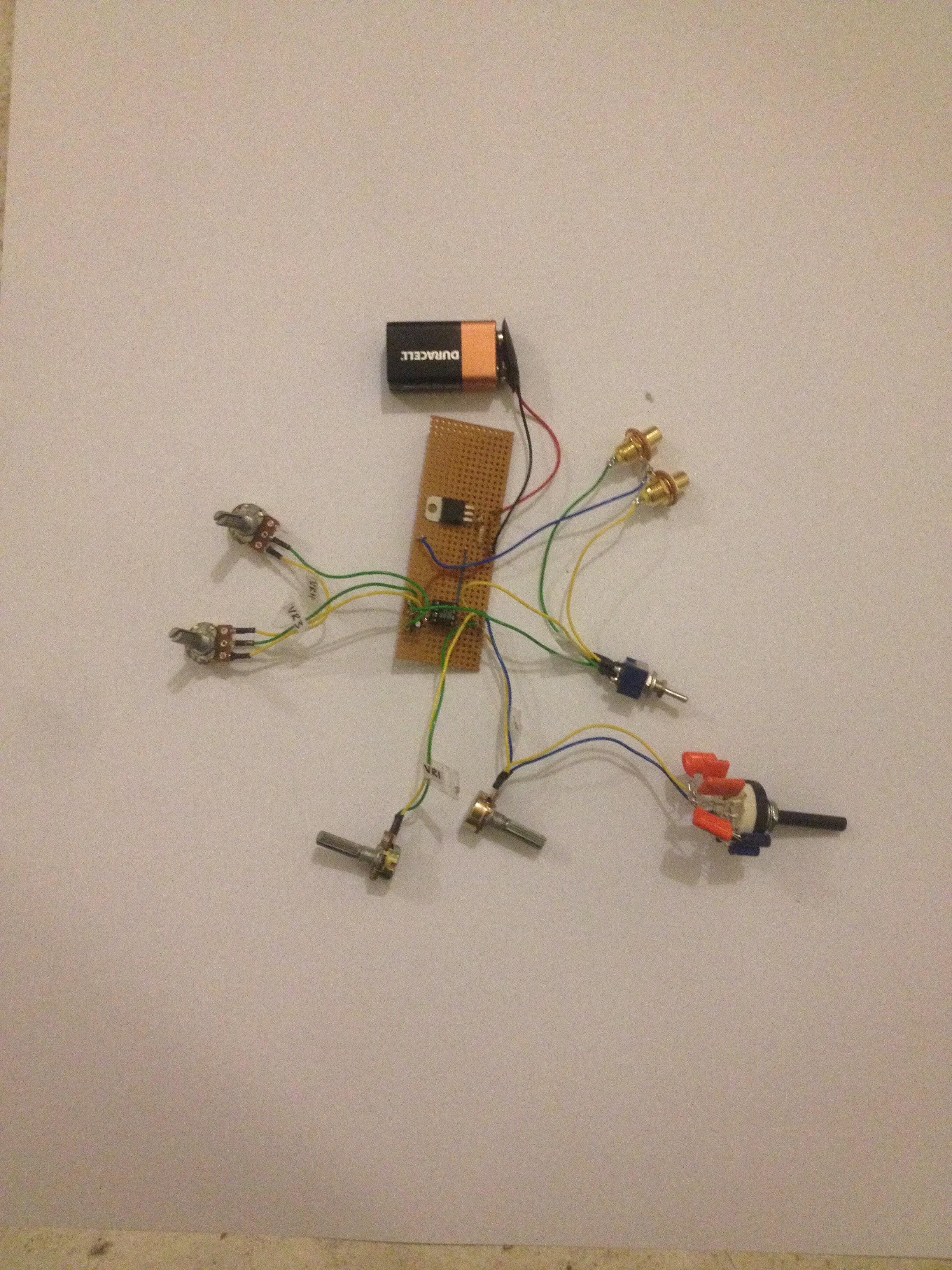 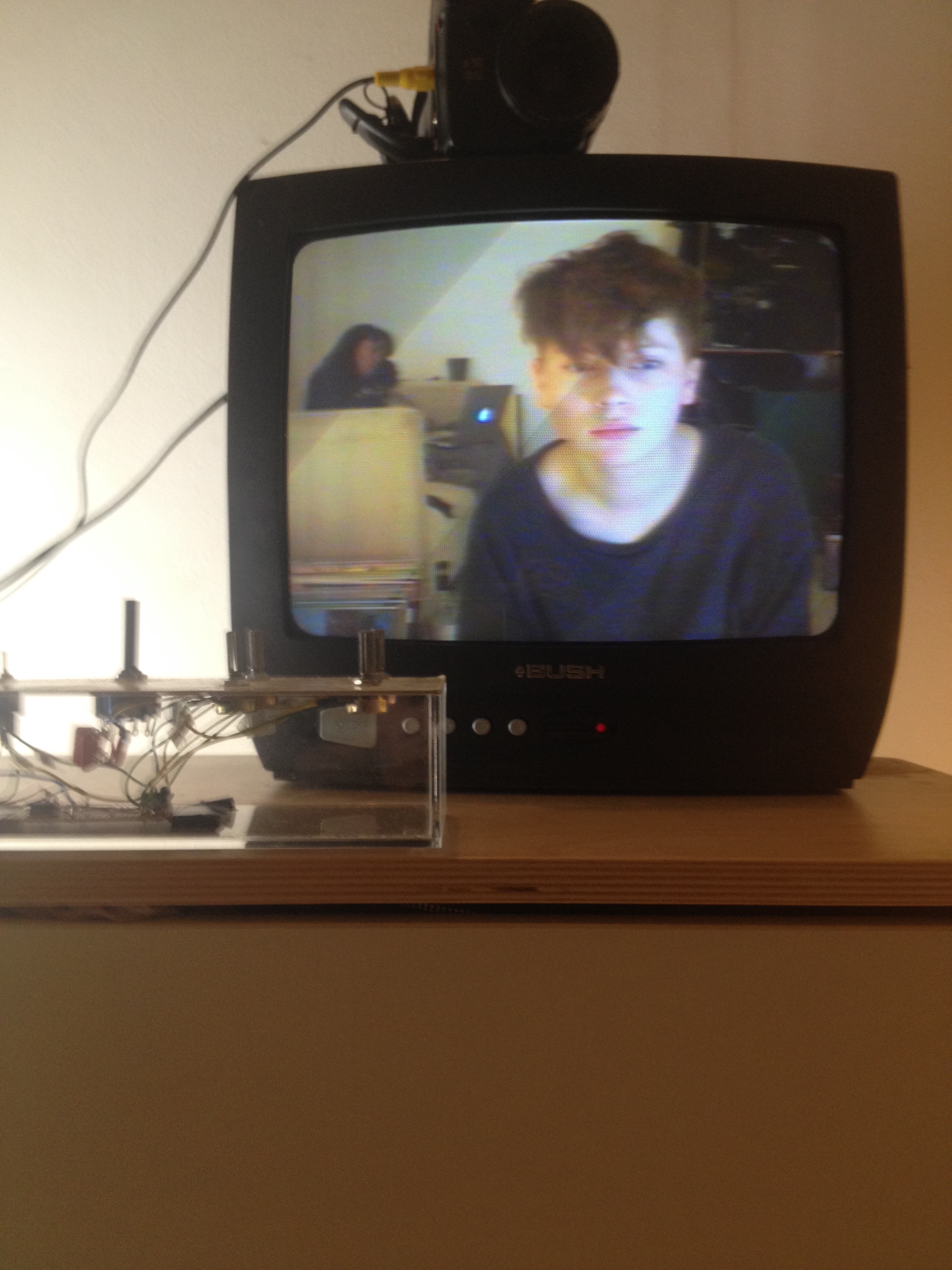 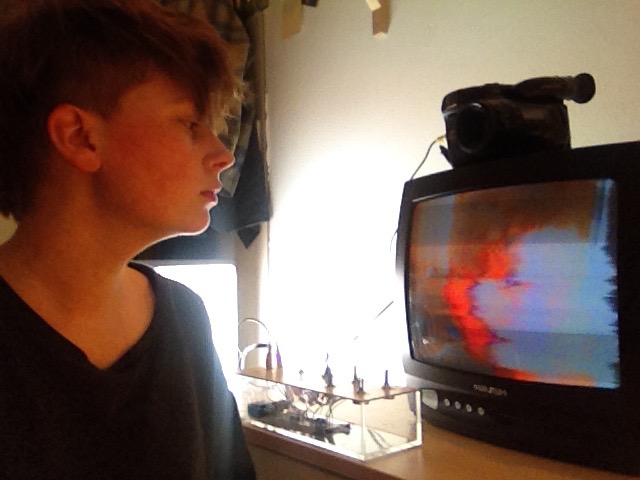 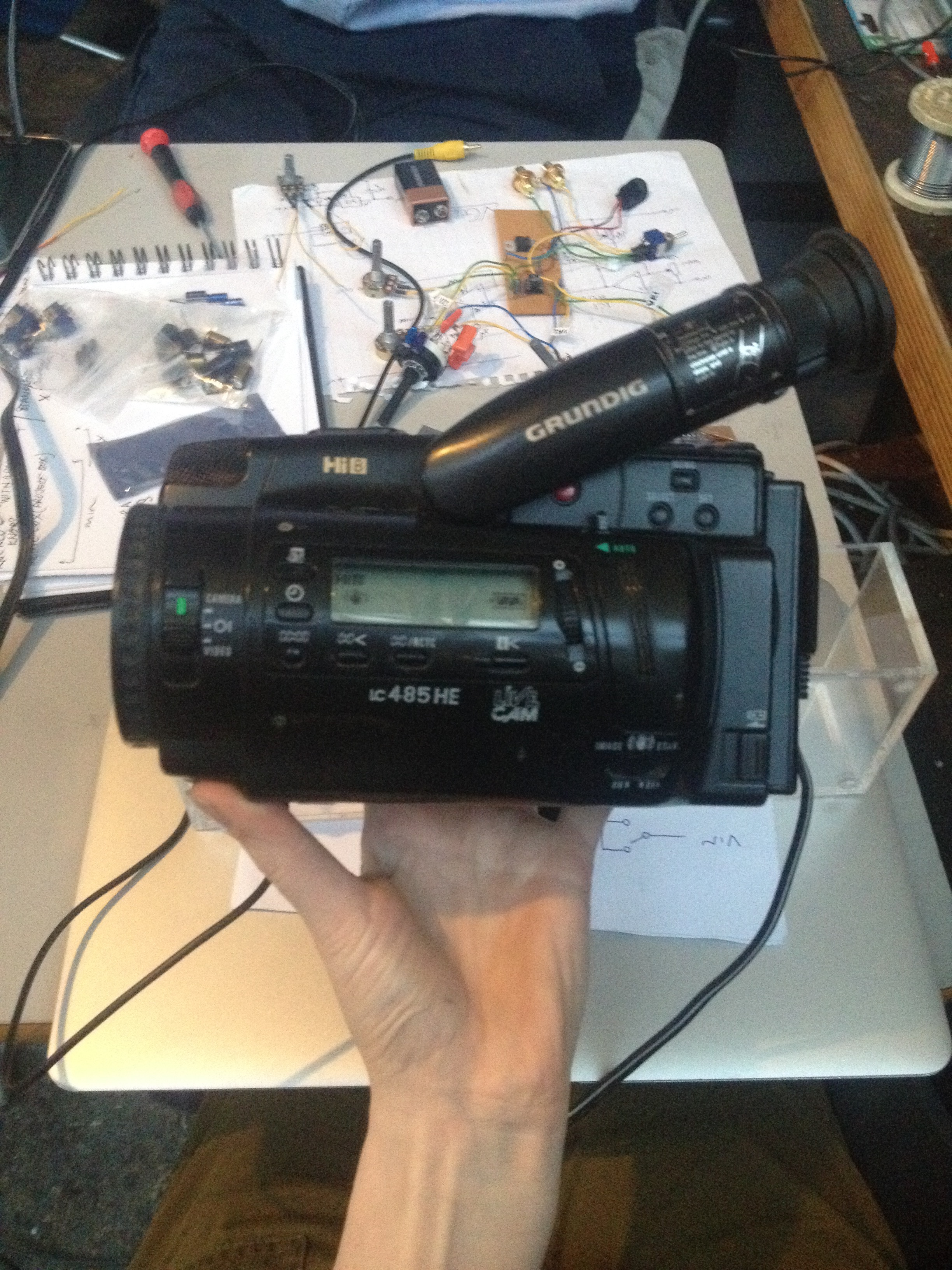 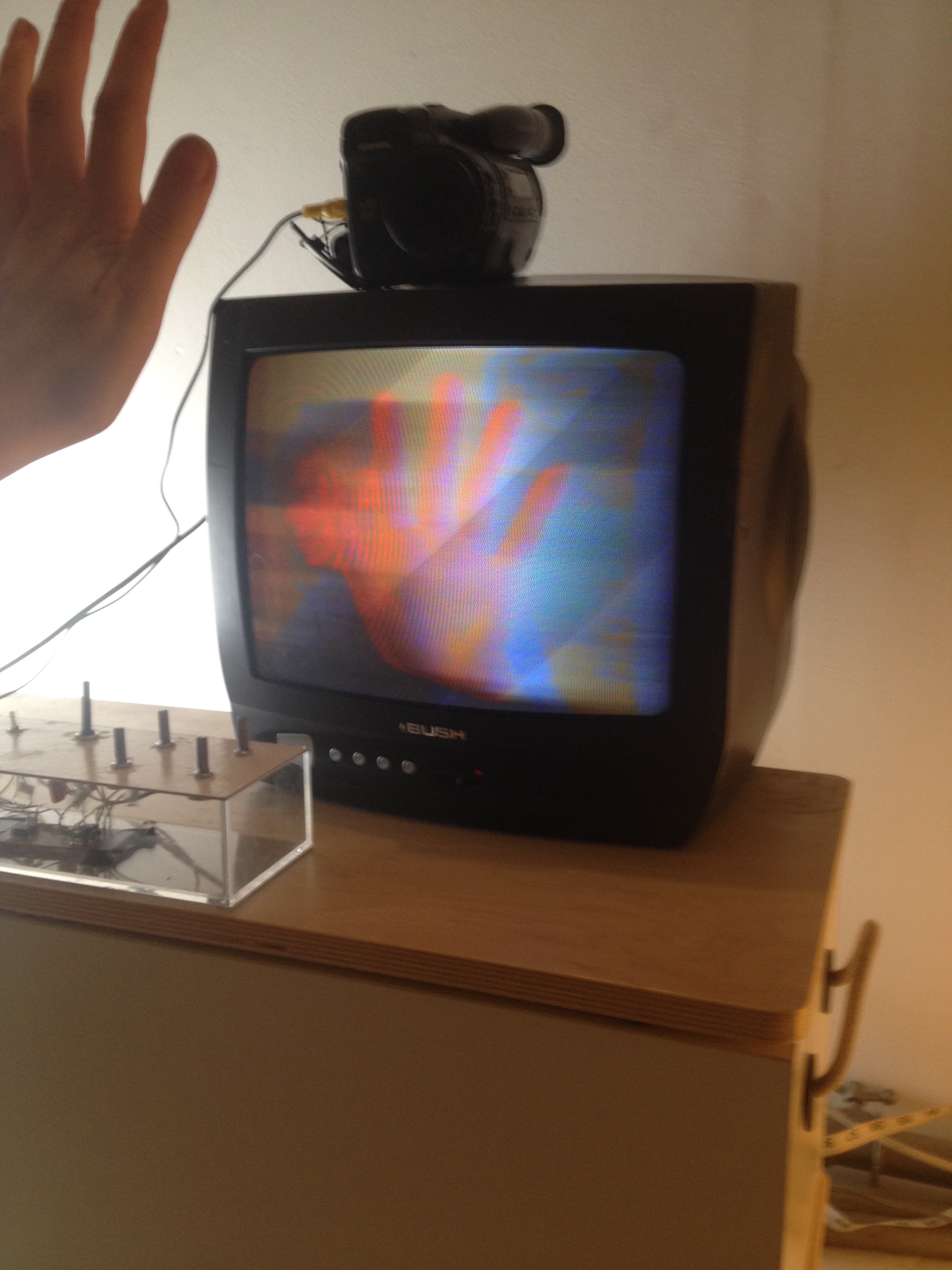 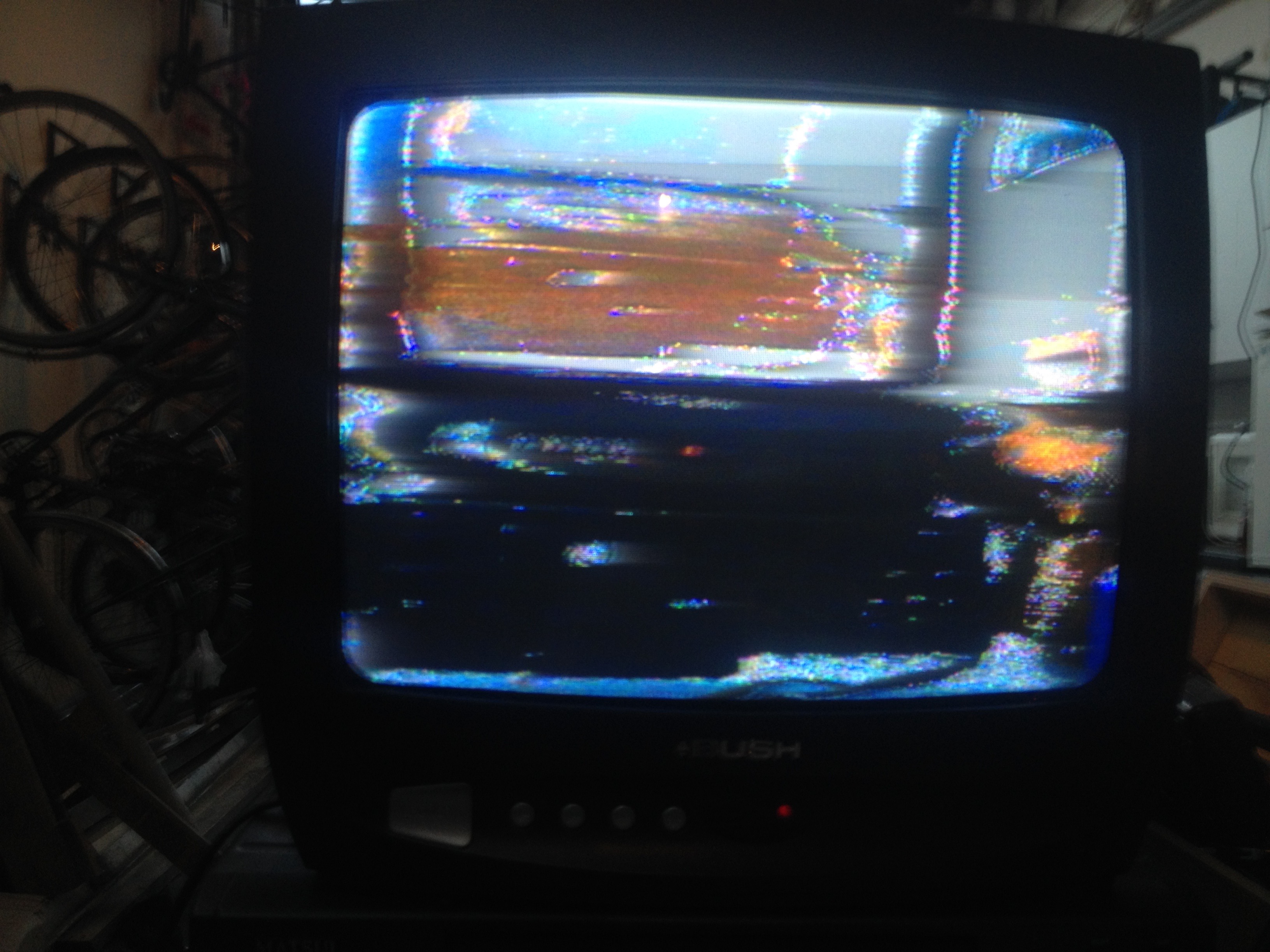 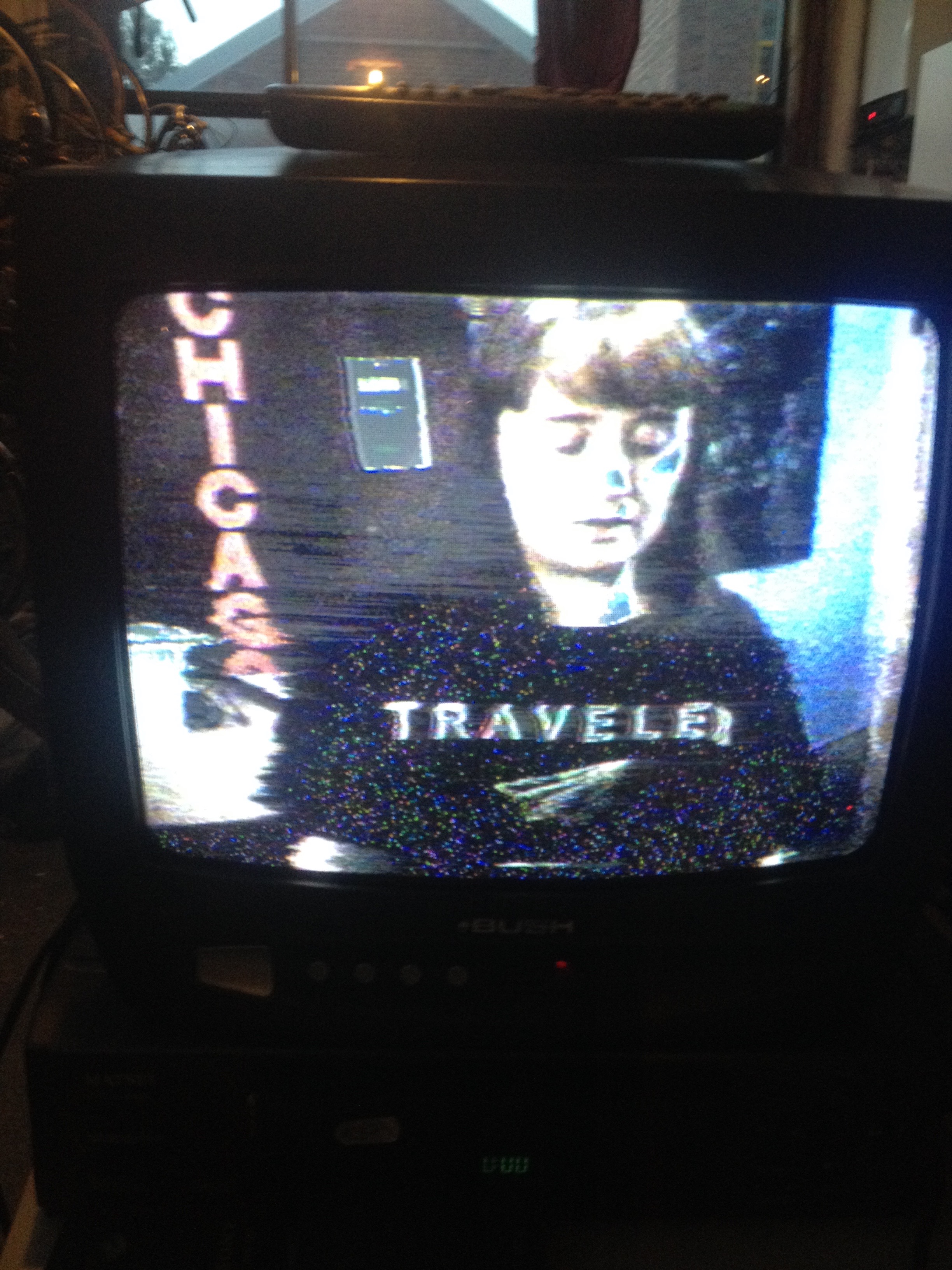 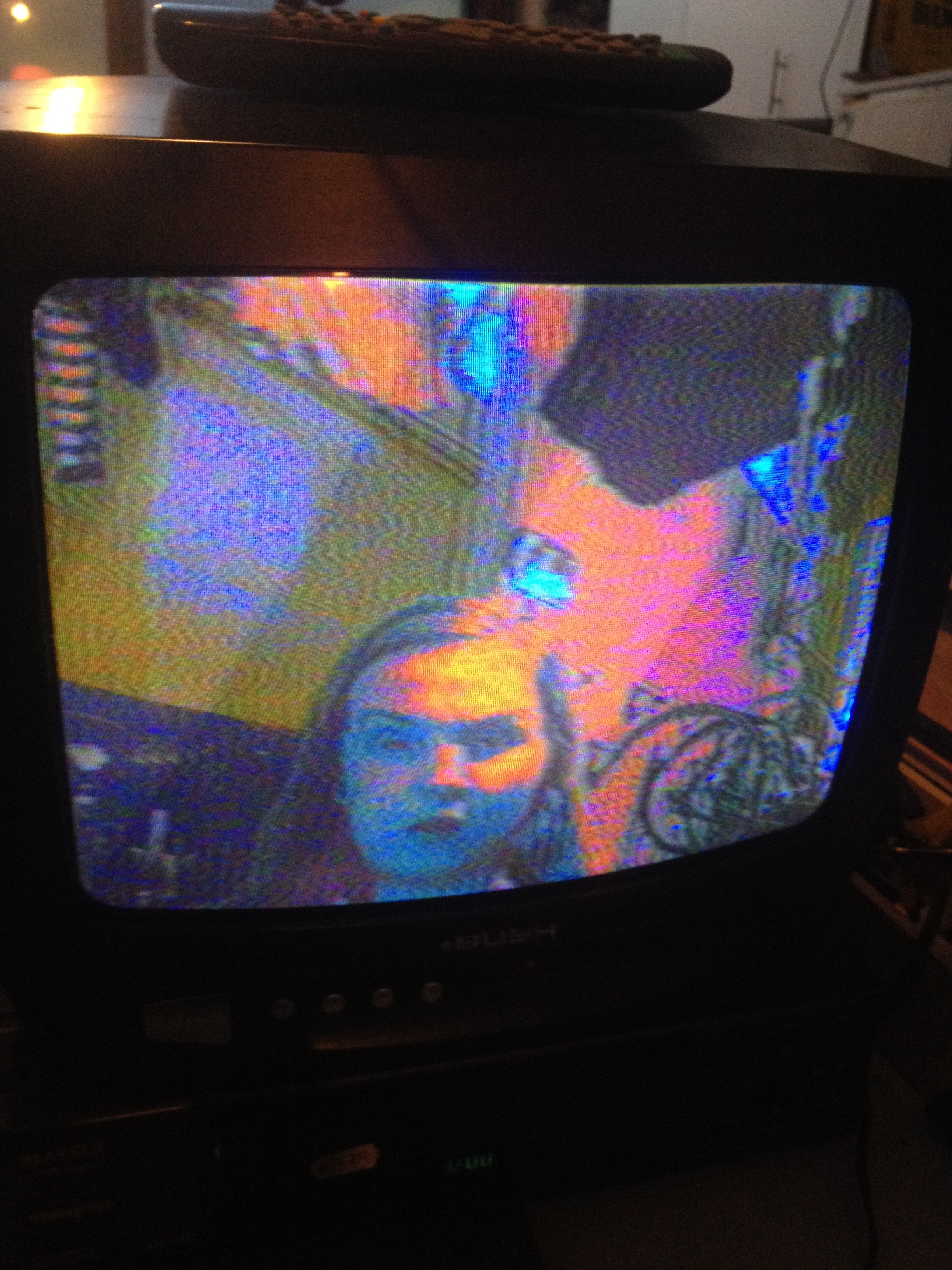 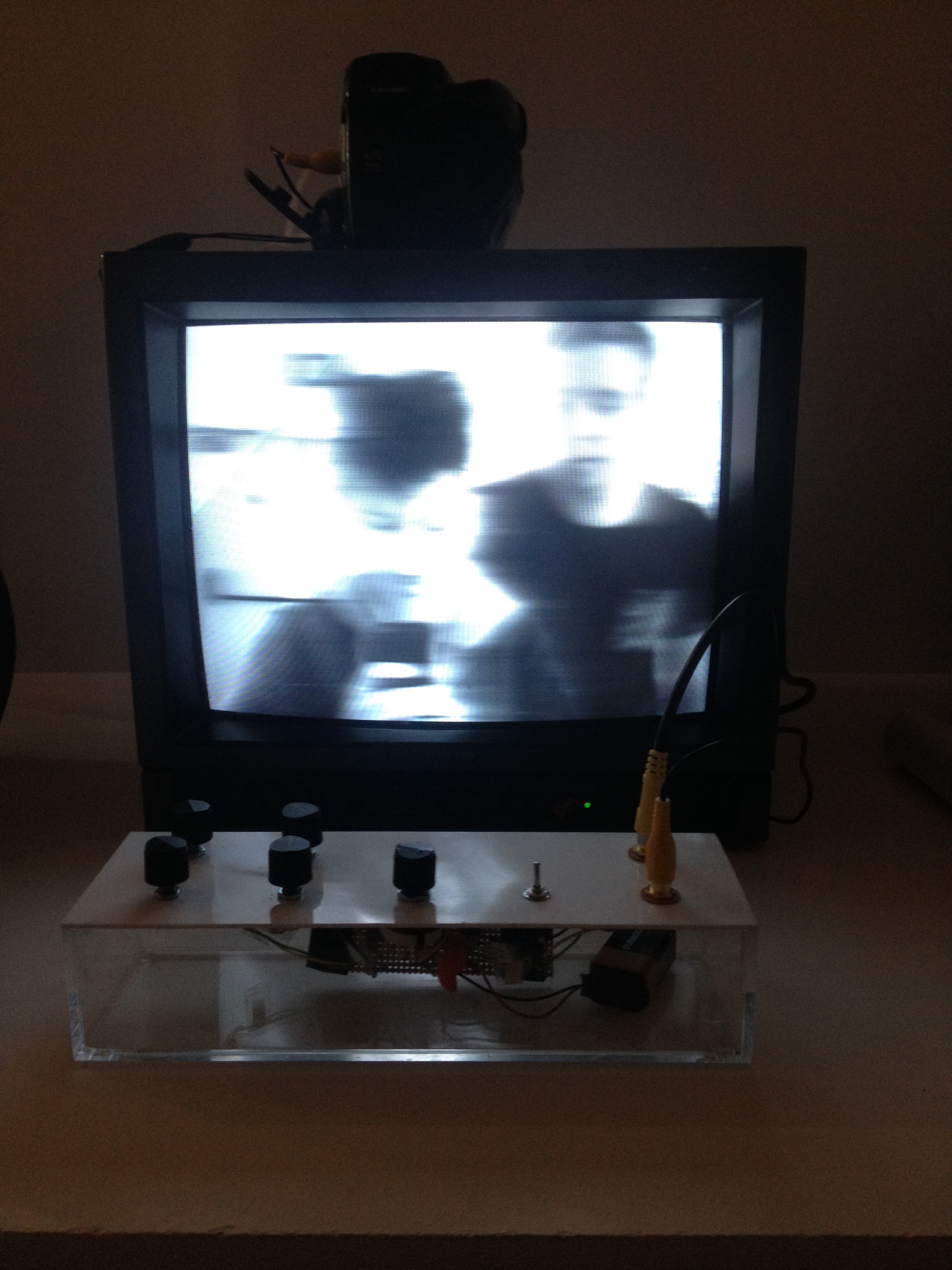 This piece was a play on analogue in a digital world with the hope to open a question of the relevance technology has in our current age.  Analogue technology holds an unpradictable, more tactile spirit, which digital visualisation seems not to posess. However a hope for future projects is to combine the warmth and emotion of the analogue with the quality and ability of the digital.
"Back when technology wasn’t smart, it was magical."
The control panel featurs phono in + out, switch to by pass the video circuit, potentiometer to control the strength and 4 controls to alter the output signal of the internal micro chip pre amps.
‍
Controls seem to alter the contrast, exposure, saturation, gain, negative to positive, line scan (due to loss in signal strength) glow, noise, line pulling and RGB.