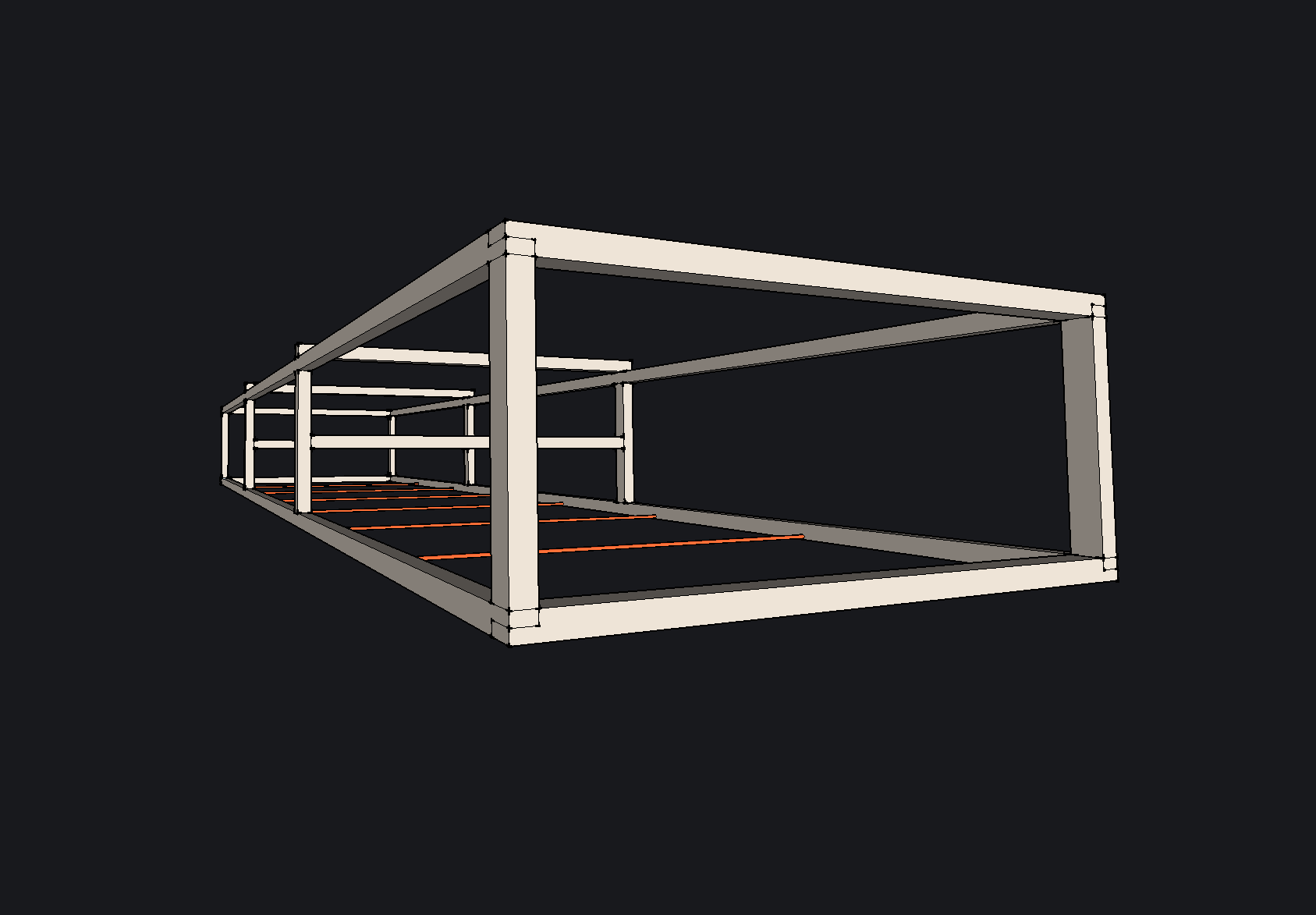 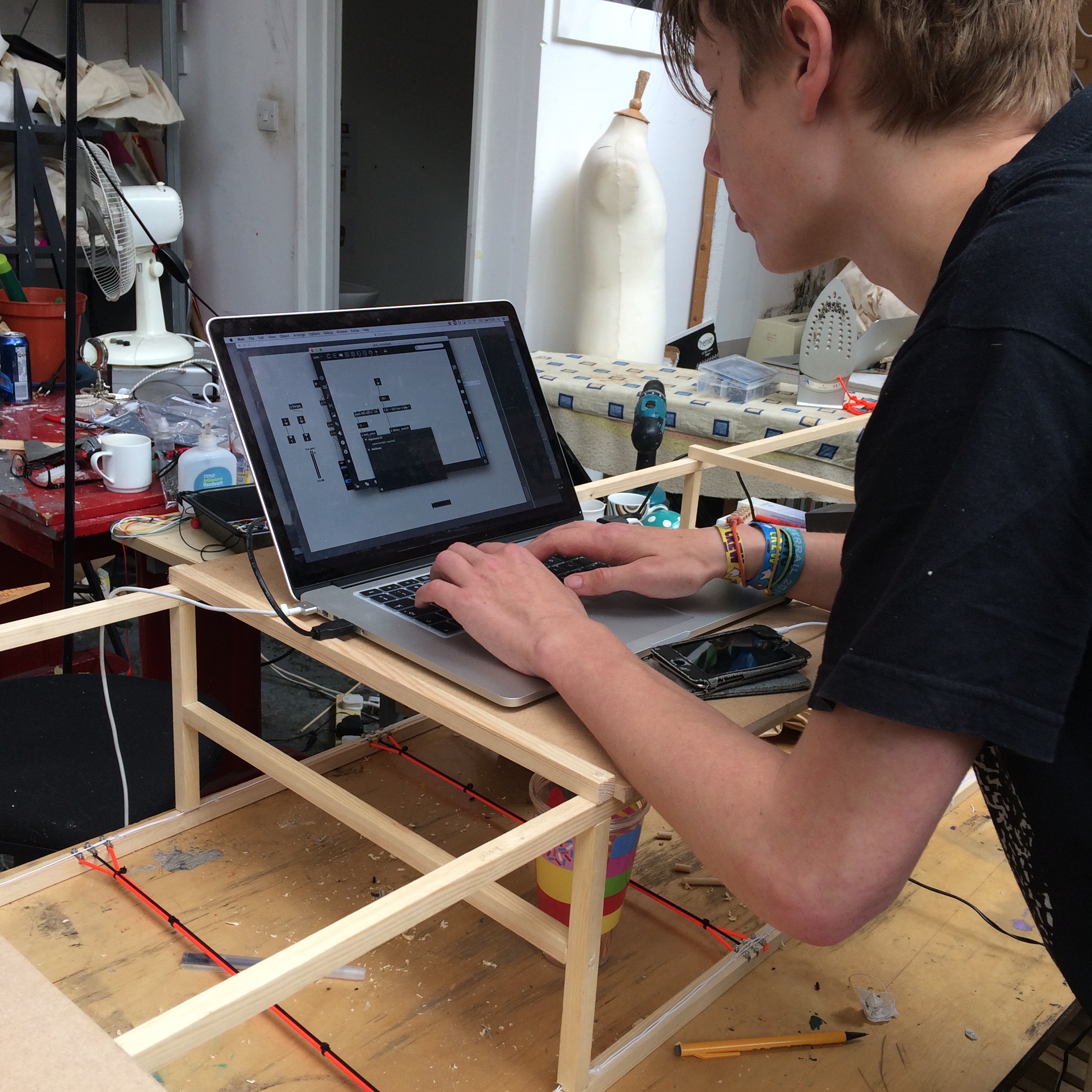 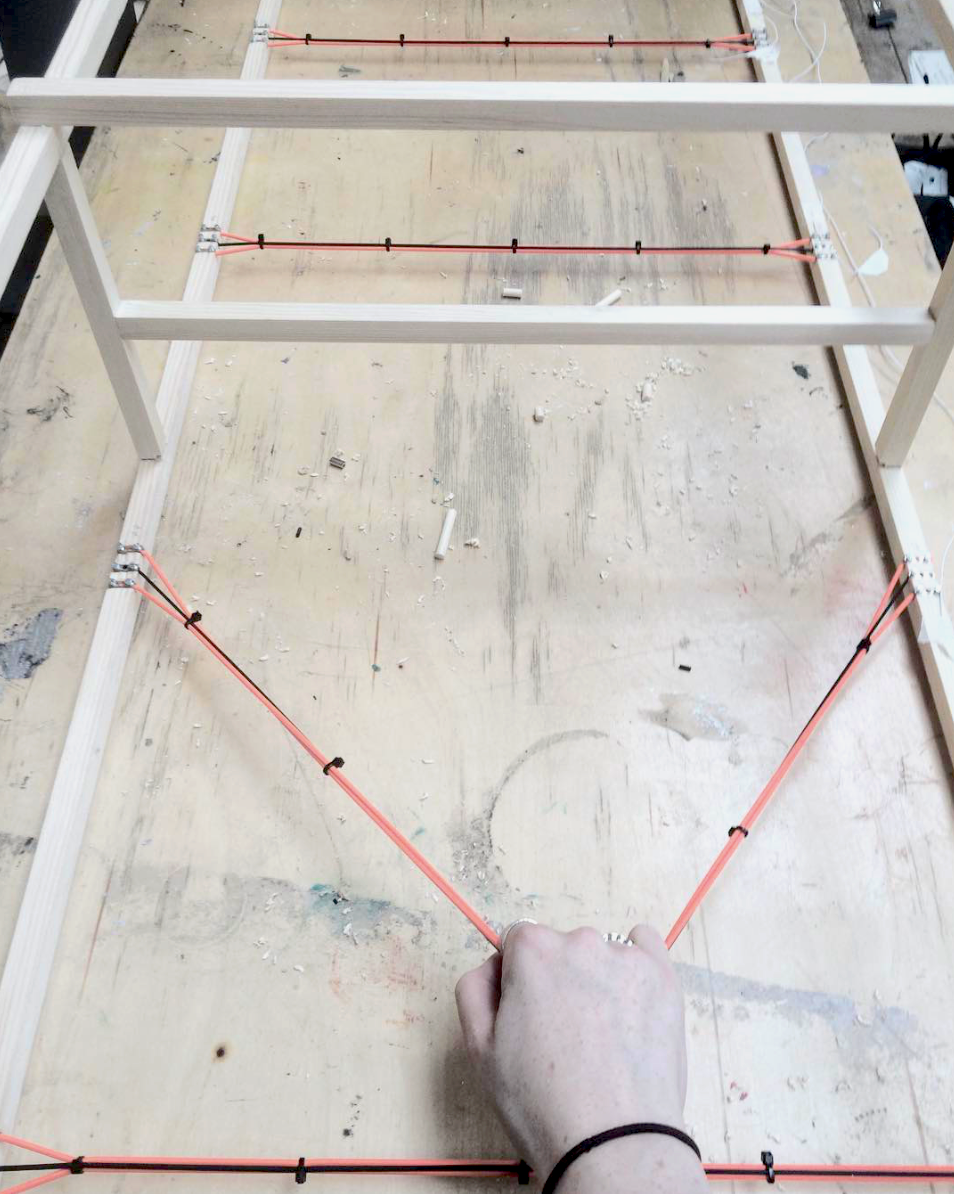 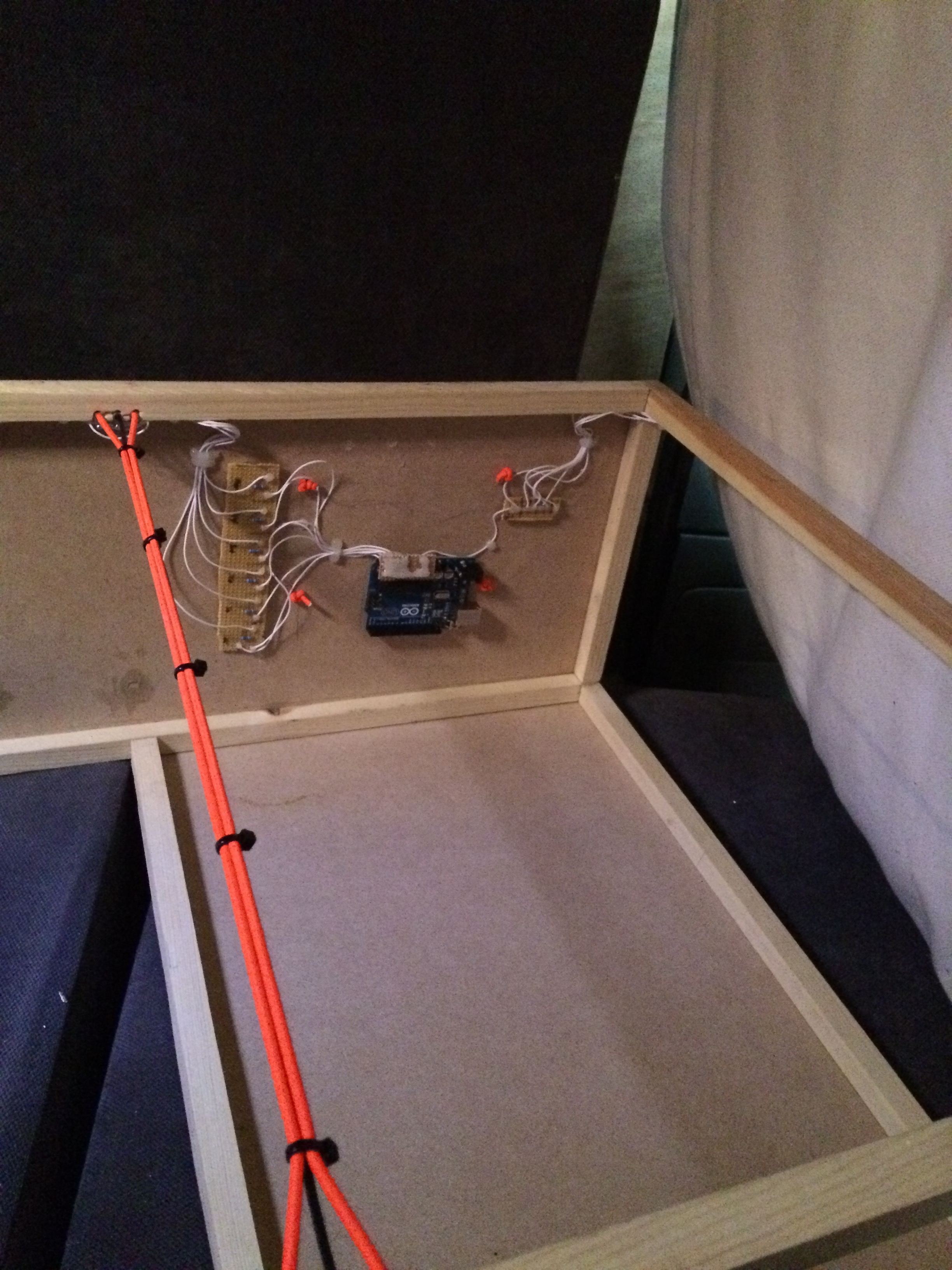 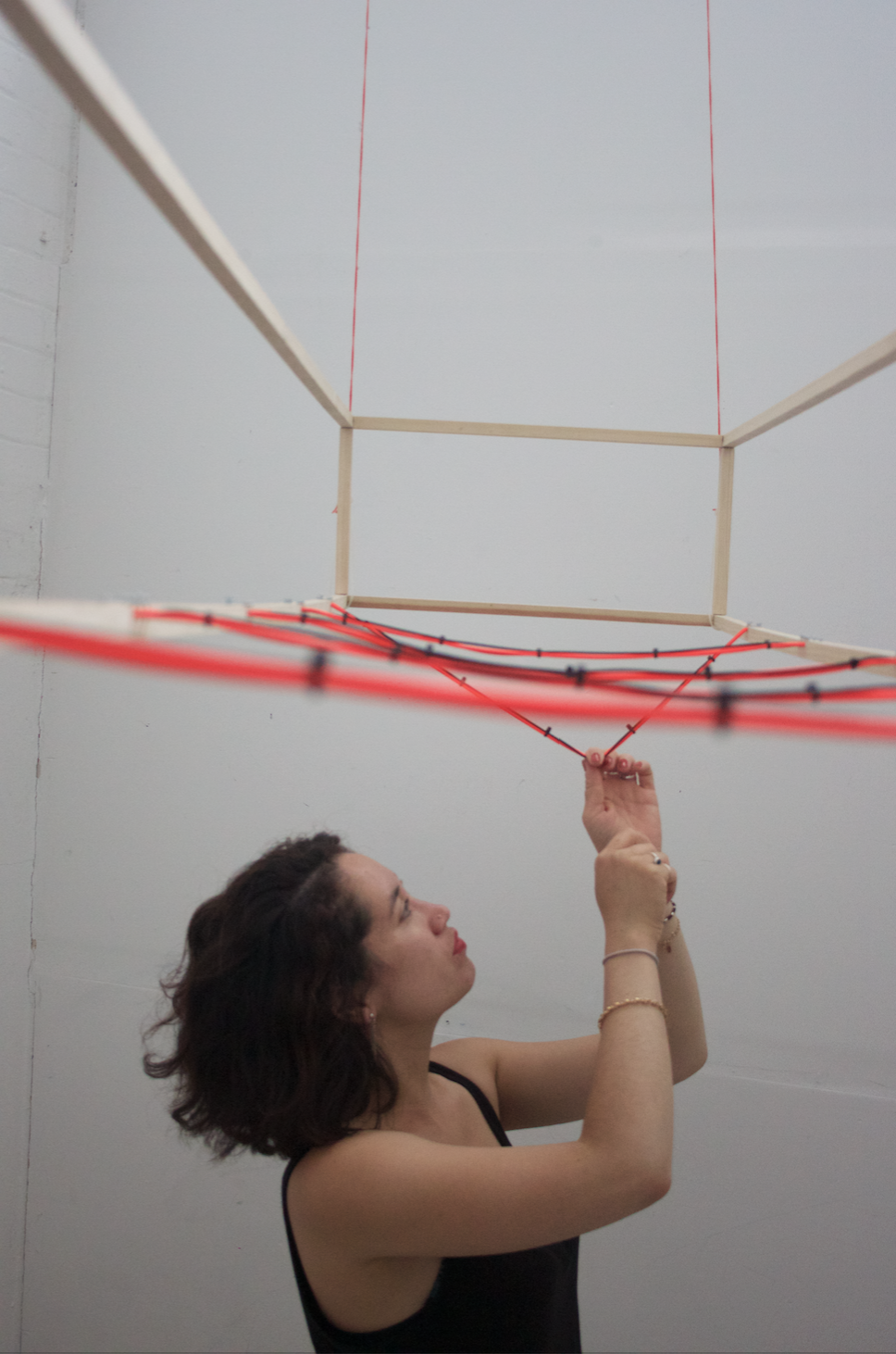 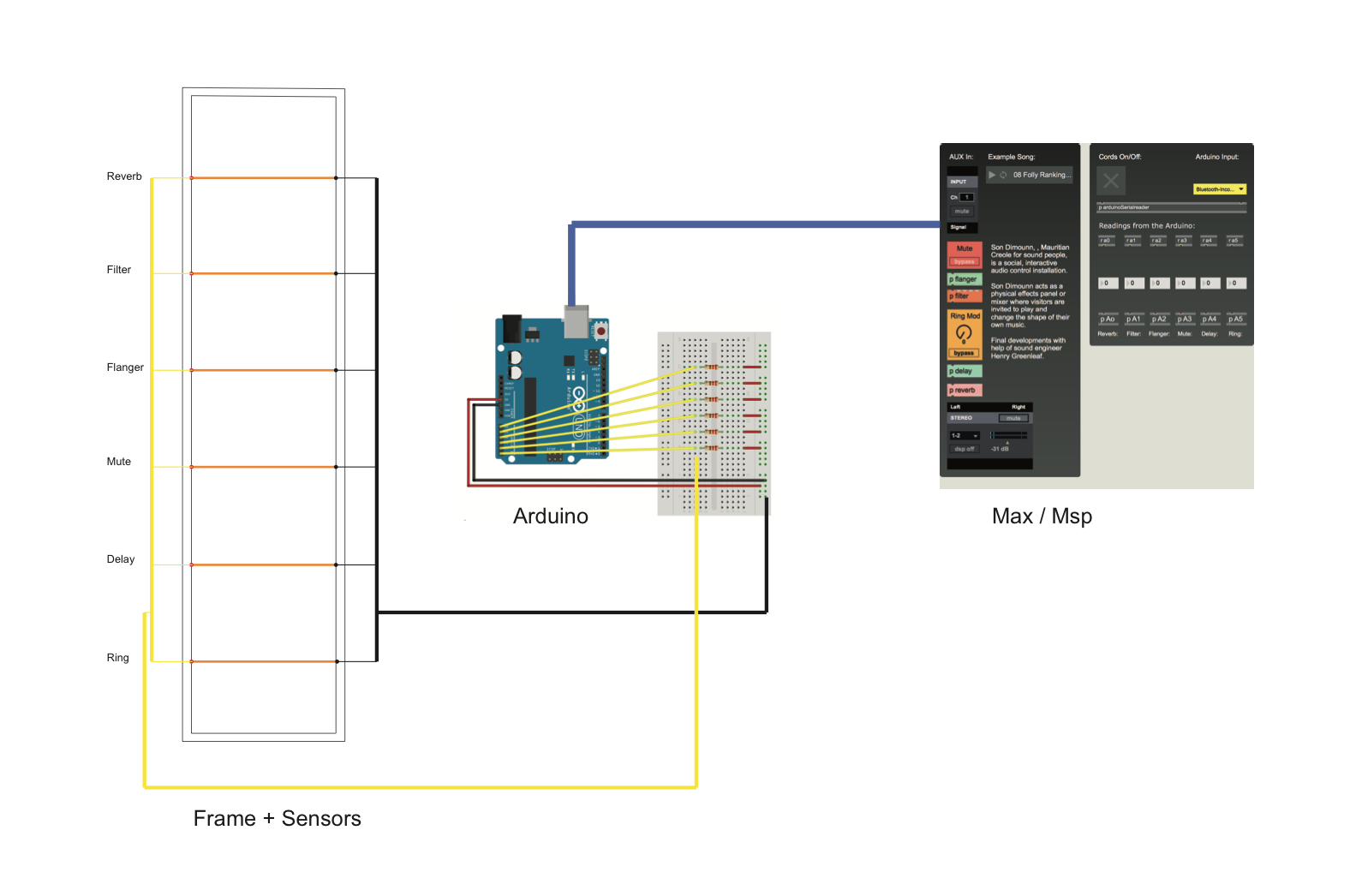 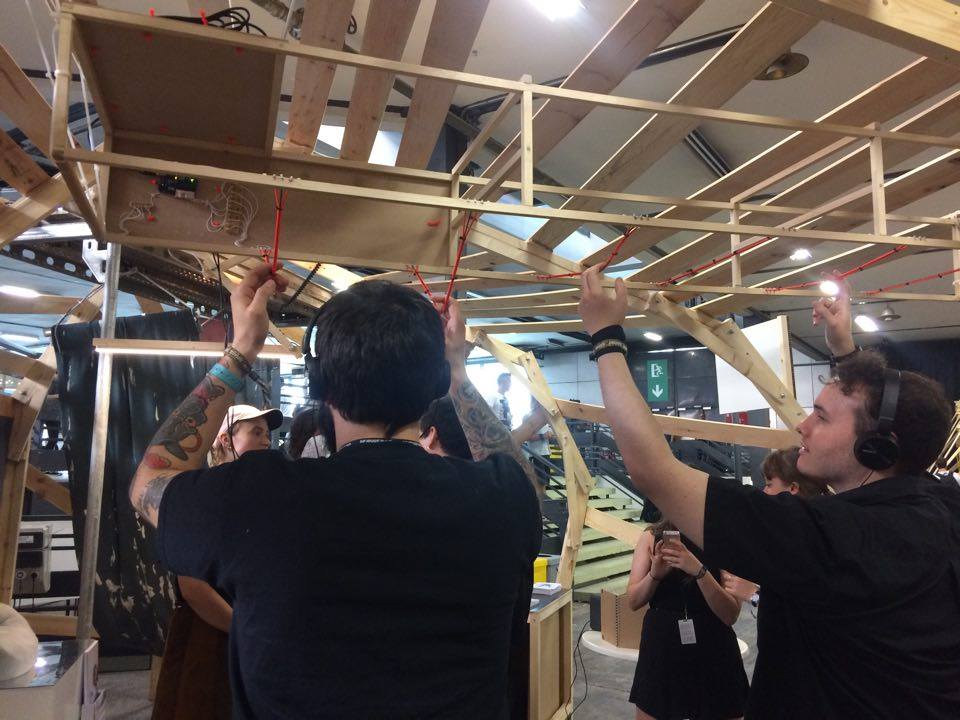 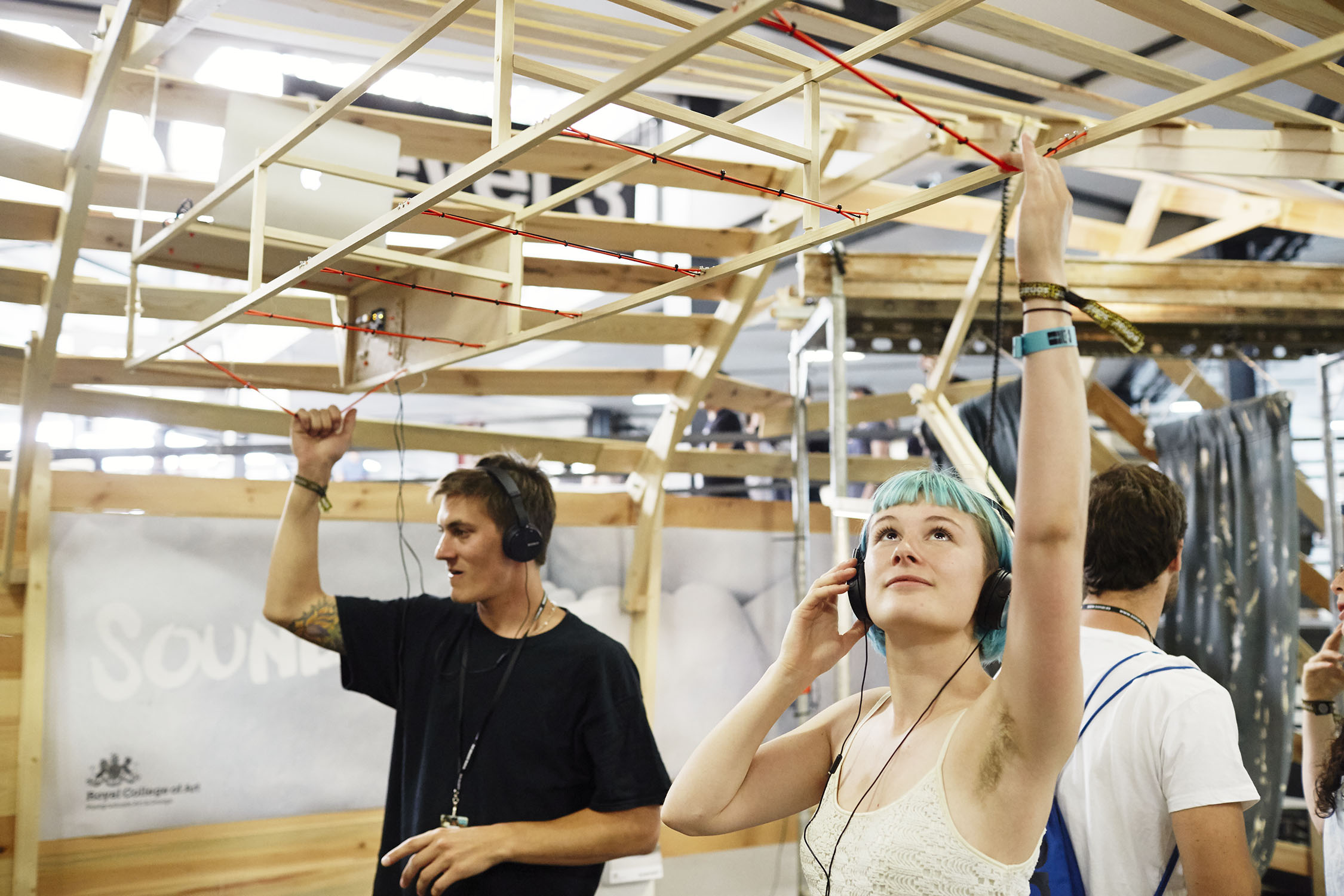 An interactive sound installation comprising of a wooden frame with stretch sensors which, when pulled, activate a variety of different audio filters. An Ipod/mp3 player can be connected via a computer and arduino system, giving users full control of the sound system.​